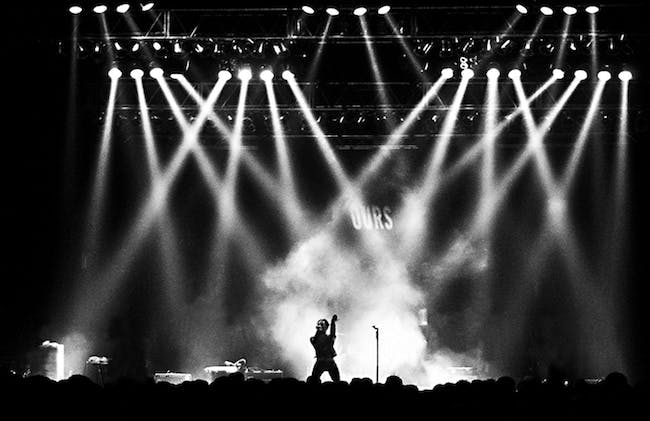 Every once in a while a band or artist comes along that changes the the musical landscape. They effect the temperature in the room in an undeniable way. This is Ours.

Ours, helmed by Jimmy Gnecco, is a band whose sole purpose is to capture what it means to be a human - the love, the loss, the highs, the lows. Gnecco’s songwriting and voice pull back the veil to reveal humanity at its core, and the band completes the vision with a dynamic and cathartic maelstrom of sound. Since the release of Distorted Lullabies in 2001, Gnecco’s writing, singing, and multi-instrumental accompaniment have captivated audiences, ever-evolving with each release and incarnation of the band. With Gnecco as its North Star, Ours has created a catalog of passionate music, the recordings of which are only rivaled by the unparalleled emotional power of the live performances. And now in its current form, Gnecco and Ours continue to push the envelope both lyrically and sonically, compromising nothing and forging new paths.