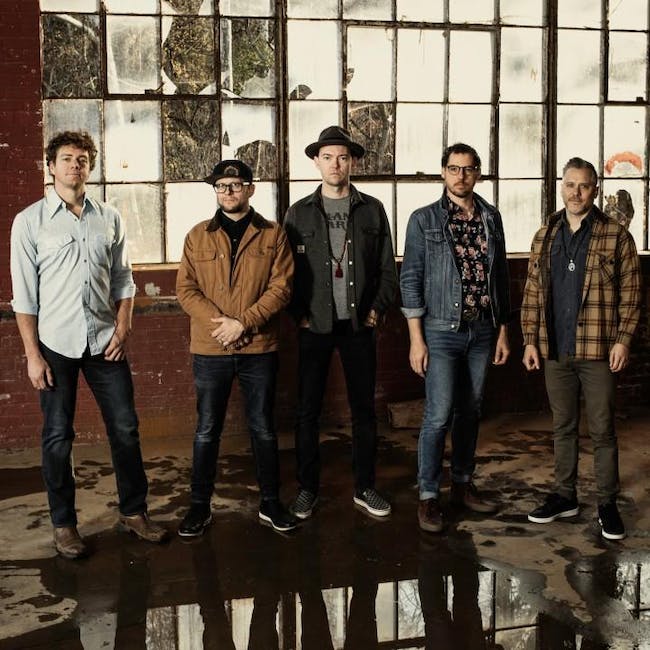 "With a nod to the past and a firm foot down on the gas toward the future, the 'Dusters... don't leave bluegrass behind; they're stretching it from within." - New York Times

Once again sail into uncharted territory moored only by their expressive patchwork of All-American bluegrass threaded together with strands of rock, jazz, funk, country, old-time, and more.

As they approached this latest body of work, the group’s ambition matched their outsized creative curiosity.

“Rise Sun was sparked by the feeling of wanting something better for the world—more love, more awareness, and more compassion,” says Hall. “It’s a message of taking care of each other, our planet, and ourselves. We all shared this feeling as evidenced by the songs we brought to the project. It’s the feeling of a rising sun as opposed to a dark night. Sometimes a message of hope is less popular than one of despair, but it’s much-needed nevertheless.”

The Infamous Stringdusters stand out as the rare group who whose dynamic musicianship can be showcased with contemporary artists on The Late Show with Stephen Colbert one night and jamming on the legendary Red Rocks Amphitheatre alongside The Grateful Dead’s Phil Lesh the next.

Engendering a sense of impassioned fandom, they band have attracted a faithful audience that continues to grow. Moreover, their powerful music and performances paved the way for a GRAMMY® Award win in the category of “Best Bluegrass Album” for 2017’s Laws of Gravity.

When it came time to record what would become Rise Sun, they pushed themselves to evolve once more.

“Rise Sun is the latest chapter in the progression of our sound,” says Pandolfi. “It’s been a long arc that includes evolution on all fronts—writing, arranging, performing, and maybe most importantly, growing as humans who have more to say as the journey rolls on. New albums are the time when we write and introduce our strongest original material. On our last release Laws of Gravity, we really started to hit our stride with recording live in the studio. Rise Sun is another big step in that direction.”

For the first time, the band chose the song order before actually recording. Additionally, they maintained that order throughout the process, recording the songs in sequence which resulted in a natural flow. This choice, “gives it the feeling of a story as you listen down,” says Hall. It represented a moment of collective confidence.

“We self-produced the last album, so we felt validated in a sense that our instincts were sound,” adds Book. “We came into this one with some confidence. Any doubts about our band or our mission had dissipated. What remained was a deep sense of purpose and love.”

“The GRAMMY® put some high-octane gas in our tanks as well,” grins Garrett. “We also wanted to rise to the challenge of making a follow-up project worthy of what we had done in the past.”

The Infamous Stringdusters introduce the album with the handclap-driven gallop of the title track “Rise Sun.” High energy banjo powers an uplifting and undeniable refrain that immediately shines.

“It’s a hopeful anthem,” Book elaborates. “The sun is rising, and the light is overtaking the darkness. The idea for the melody, inspired by Southern gospel music, came to me driving out of the mountains into Georgia from my home in North Carolina. When we wrote it, I was feeling a deep sense of hope for humanity that the sun will rise again.”

Then, there’s the hummable instrumental “Cloud Valley,” which exudes a sci-fi spirit of wonder via sonic intricacy. “Science fiction can transport you to a place of deep imagination,” says Pandolfi. “We wanted to generate a soundscape for an imaginary mystical setting. It really came alive when we all got together.”

Everything culminates on a heartfelt send-off with “Truth and Love.” Its delicate musical backdrop transmits an important statement for The Infamous Stringdusters.

“I wrote that a few years ago and brought it back now, because I feel like the message has become more relevant today,” Falco states. “The world is polarized. Everything is so extreme, and partisan politics have become a culture war. The song is a reminder of what’s truly important in life-- seek the truth, find your love, look up high, and aim above. Life is short, so keep your eye on what’s important while you’re here.”

In the end, that’s precisely what The Infamous Stringdusters do on Rise Sun as they boldly welcome yet another new day, new phase, and new chapter.

“We’re a brotherhood, but that family extends beyond the band even,” Falco leaves off. “Our music gives us an opportunity to bring some light in a world that can be dark sometimes.” 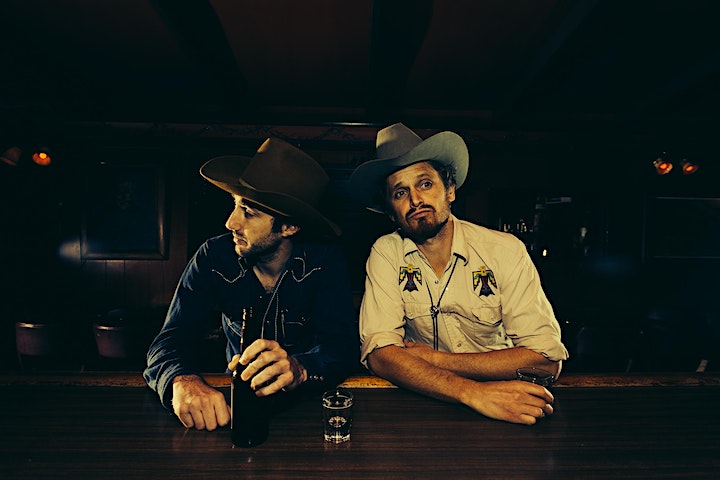 The Easy Leaves – California Country is Back!

The Easy Leaves run at the front of the Country music herd in their beloved California, headlining and filling big rooms (Great American Music Hall, The Independent, Mystic Theatre), main stage set at Outside Lands Festival (where Willie Nelson told them 'We should play together again'!), and other venerable festivals throughout the land such as Pickathon, Strawberry Music Festival, Nelsonville, Red Ants Pants, Alaska Folk Festival, Hipnic, Treefort, and more. CMT premieres their videos, has them for in-studios ...

But more to the point, they write, record, and perform incredible songs; songs that are meticulously crafted, and have great capabilities of (just plain) moving people. Under the guidance of Merle Haggard's music, and countless other barroom heroes, The Easy Leaves have written their own collection of poetry for the common man.

The 78 Project, a documentary by Spike Lee's music supervisor currently on the festival circuit, recreating Alan Lomax's historic journey to capture important American Folk music on its home porches found, recorded, and featured The Easy Leaves for their film (alongside Rosanne Cash, Loudon Wainwright III, Mary Chapin Carpenter, Justin Townes Earl, Richard Thompson and other great talents). NPR, Wall Street Journal, and The New York Times have featured it, and The Smithsonian, Library of Congress, and the Alan Lomax estate are active advisors.

Their last record, Fresno, a featured new Country release on iTunes, found the boys truly bringing the honky tonk into the studio. 2018 sees the release of The Wheels (available now as a tour only EP at their shows!), in the same timeless vein, as they continue their pilgrimage as proud ambassadors for California Country music.