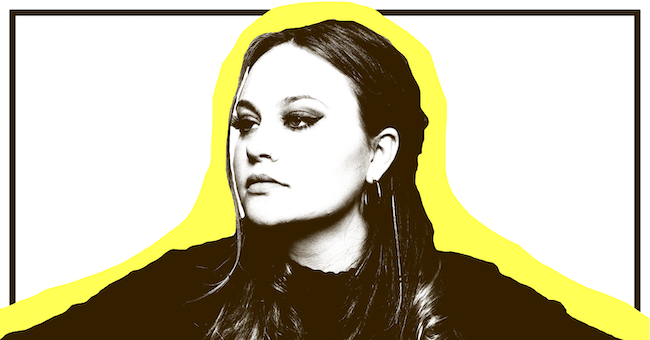 Soul singer and Georgia native Suzy Jones has been building a steady following of fans with live shows across the U.S., supporting acts including PJ Morton, Marc Broussard, and Donna Missal; and performing on local TV stations including “Today in Nashville” along the way. Jones’s newfound fanbase is loyal – and growing. The standout singles have reached over 500K streams on Spotify through word-of-mouth alone. And it’s no wonder - when listening to Suzy’s songs, you can find yourself mesmerized by her powerful vocals, tender storytelling, and emotional performances with an angelic voice that cuts right through.

Jennah Bell is an Oakland-grown singer/songwriter whose ravenous musical curiosities inspired her own creative wonderland; her quirky songwriting and undefinable genre is a direct product of her proud Bay Area roots. As the architect of all aspects of her musical endeavours, Jennah pulls from a colorful palette of Folk, Soul, R&B, Hip‐Hop, and Bluegrass.

Jennah was selected by the Grammy Foundation to participate in the summer program under the tutelage of Jimmy Jam, Paul Williams, and David Foster, all of whom embraced her unorthodox writing style. This experience encouraged Jennah to further her studies at the prestigious Berklee College of Music, where she immersed herself in a community of artists, and found much inspiration in her peers and professors. Included in her supporters is the legendary Paul Simon who extended his expertise and mentorship to the burgeoning artist.

In 2011, Jennah released her first self-produced EP, the experimental “Early Bird,” and set out for New York City where, she’s been warmly welcomed into NYC’s renowned music scene. Since moving to New York, she has performed at The 2012 BET Awards as a independent artist, CMJ’s Music Marathon, SXSW Music Festival, Blue Note Jazz Festival, the main stage of The Roots Picnic, and the prestigious 2013 North Sea Jazz Festival in Rotterdam, where she received a standing ovation. She released a 3‐piece acoustic set “Live at Mother,” EP December of 2012 which was profiled on Okayplayer.com. She has shared the stage with artist such as Hiatus Kaiyote, Cody Chesnutt, Gregory Porter, Alice Smith, KING, and Eric Benet. Bell is currently working on her debut studio album titled, “Anatomy” with contributions from Grammy winning mix engineer and producer, Russell Elevado, Neal Pogue -- and multi‐Grammy winning songwriter, musician and multi‐platinum producer James Poyser.

Haunting as the blues, gritty as rap verse, and enchanting as only folk can be, Jennah Bell is the sum of music’s best parts.