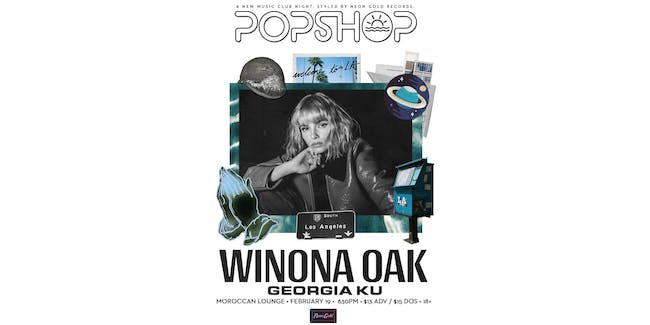 A song connects when you believe every word. Georgia Ku invites such confidence in her music.

Holding nothing back in the lyrics, the England-born and Los Angeles-based singer and songwriter infuses conviction and candor into hypnotic heart-on-her-sleeve pop brimming with soul spirit and struck by a sassy spark. After penning smashes for everyone from Dua Lipa, Fifth Harmony, and Rita Ora to Martin Garrix and Skrillex and clocking nearly 1 billion streams in three years, she transitions from behind-the-scenes to the spotlight on her diaristic debut for Atlantic Records.

“I love being a songwriter,” she says.” “I was quite content in the role of writing for other people and staying behind the scenes. It took me a while, and a lot of people telling me I was an artist but what finally clicked to me was that, by being the artist I could have a platform to reach people at a deeper level if they could connect with me and my songs personally.”

Her career thrives due to this sort of honesty. Growing up in Northern England, the songstress packed a suitcase and traded London for Los Angeles at 20-years-old on a one-way ticket. Diving into the scene, she put in countless hours at one session after another.

“I didn’t know anybody, so I hustled my ass off,” Georgia recalls.

The hustle paid off as she landed her first placement by co-writing “Illusion” [feat. Echosmith] for Zedd’s chart-topping True Colors in 2015. As a writer, her discography also includes the platinum-certified “Scared To Be Lonely” by Martin Garrix and Dua Lipa. To date, its Spotify streams eclipse a staggering 600 million and counting. Other co-writes span Rita Ora’s “Soul Survivor—notable for its placement in Bumble’s Super Bowl spot starring Serena Williams—and Kiiara’s “Be Somebody” [feat. Steve Aoki & Nicky Romero], to name a few. Putting up nearly 100 million streams in a month’s time, her voice also powered the 2019 crossover hit “So Close” by NOTD, Felix Jaehn, and Captain Cuts.

After signing to Atlantic Records in 2017 encouraged by C.E.O. Craig Kallman, she took her time to hone a singular sound. Rather than chase trends or race towards a fad, she retreated inwards by asking a question.

“I was accustomed to writing so many different genres for various people that I asked, ‘Who am I?’,” she recalls. “When I started to think about it, it was scary. I always thought I would just stay behind-the-scenes. However, I did a lot of soul searching and I realized I had to let that fear go. I stopped worrying and took the pressure off myself. Soon, the songs flowed out of me naturally. I like to achieve a sense of reality and rawness in my lyrics and blend them with the kind of production you can dance to, making them the happiest sad songs ever!”

The first single “What Do I Do” proves worth the wait. Distilling everything from UK grime to American pop into the sonics, she sings straight from the gut and spares no detail with candid confessions a la “I got your cologne still on my clothes like your hands on my body” and “every time I check my phone, I wish somebody would stop me.”

“It’s about a relationship you obviously don’t want to end, but you have no choice,” she admits. “You don’t want to get over it. When you’re trying to live your daily life, everything reminds you of this person. It’s heartbreaking. I love songs about female empowerment, but I needed to be real and surrender to admitting I’m in a shitty place and don’t know what to do.”

In the end, you’ll believe every single word Georgia sings on tape and on stage as she releases more music and tours throughout 2019 and beyond.

“This is a space to be vulnerable,” she leaves off. “I want people to relate. We all experience these things. There’s comfort in there. I hope I’m making music you can cry to, scream to, laugh to, smile to, and sing at the top of your lungs. I want you to feel all of those things with me—like we’re riding the wave together.”