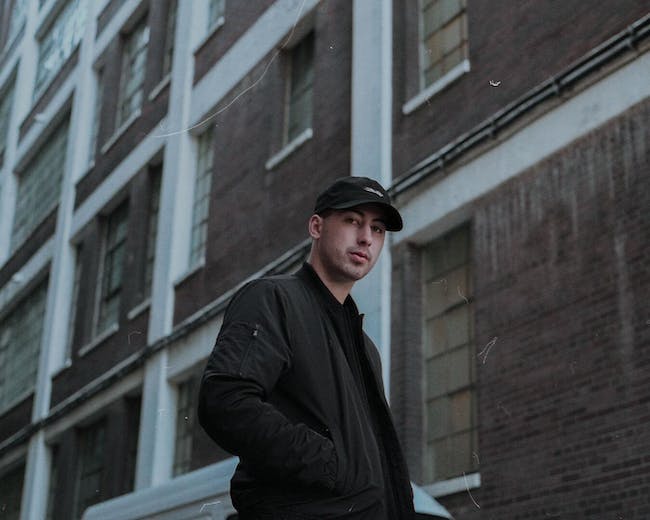 Ollie first emerged on the hip-hop scene after a life-changing car accident sparked an awakening, leading him to leave his athletic dreams behind and drop out of university.

It was music that Ollie turned to as a form of therapy. Music was always one of his passions, but not something he seriously pursued until coming face-to-face with death. Ollie shifted his focus to creating dynamic deliveries and engaging lyricism to reflect his experiences — including those concerning overcoming obstacles, facing adversity, and being proud of who you are. This path lead him to become the person he is today – an artist inspiring others using the mantra, “More Than Music.”

Pulling inspiration from hip-hop/r&b, pop and country, the latter of which serving as a representation of his small town upbringing, Ollie’s music presents itself as a unique catalogue of sounds and cadences. Moreover, Ollie’s skillset highlights his ability to adapt to different genres effortlessly, creating a series of lyrical paintings that are not only captivating, but relatable.

“I started off being heavily influenced by hip-hop, and as time went by, I learned to appreciate a lot more music. When I began exploring different genres, my music and sound started to take form. I found my voice,” notes the Toronto-based artist.

Early in his career, Ollie was heavily involved in the YouTube community. At the age of 16, he opened his first YouTube channel and began uploading gameplay commentaries. This eventually drove him to create a music channel where he would promote the sounds of up-and-coming artists. Ollie’s desire to promote other undiscovered talent only further inspired him to begin releasing his own music under an alias that took form from his father's childhood nickname. He began writing, recording and releasing these songs, quickly getting featured on videos of popular gamers and personalities, building awareness around Ollie in the YouTube community. This subsequently translated to over 45K subscribers on YouTube, and over 625K monthly listeners on Spotify. In turn, this created an unbreakable bond between an artist and his constantly growing fanbase.

“I get a lot of messages and comments from people talking about how a certain song was able to impact their life, or how they found a form of comfort through my words,” he explains. “I try and spend as much time as I can everyday talking with my fans one-on-one, not just about my music, but on a personal level, something ‘More Than Music’.”

2020 brings Ollie back on tour supporting Phora across the US in January, promoting his Twenty Four EP. (1/31/20) His full length debut album, ‘Maybe This Was Supposed to Happen” is due out April 17th. Ollie ventures on his first North American headline run this spring, adding Europe in the fall.