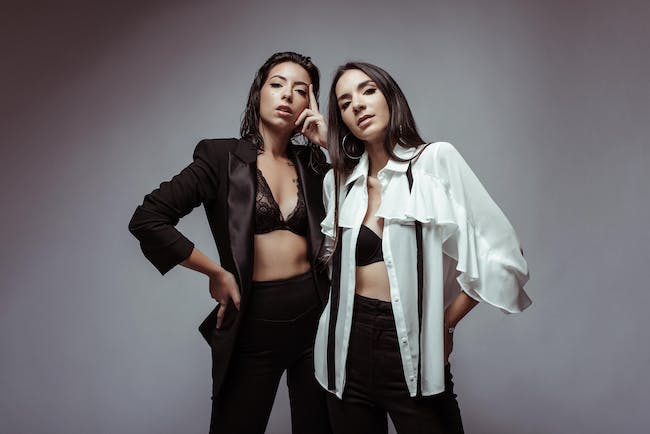 Giolì & Assia are the young Italian duo of producers, multi-instrumentalists, singers, songwriters, record label owners, and DJs, creating music that blends the styles of techno, house, indie, and pop that is uniquely their own. Giolì plays the piano, cello, drums, guitar, and handpan, and Assia handles lead vocal duties as well as the guitar. Although their relationship started as manager and artist, the creative partnership developed into a production and songwriting duo in 2016. Later that year, they founded their own record label imprint to distribute their music, Diesis Records.

The artists started their career in 2017 with their first single “Stay Closer,” followed by “Endless”, “Paradise to Share,” and ”How Can I.” In March of 2018, they released their debut album, Istantanee, with lead single “Starry Nights” getting its debut in front of TimeOut72, a massive Indian music festival. In May of 2018, the duo released the single “Something Special” with Spinnin’ Records, which garnered them enough attention for their first residency in Ibiza at Privilege. Not ones to rest on their accomplishments, Giolì & Assia were so inspired by their time in Ibiza that they released their second album of 2018, Night Experience, on their own Diesis Records. “Mad in Love” was the first single, and with it the duo honed in on their unique blend of melodic techno.

2019 has seen a flurry of creative output, with the release of the singles “Feel Good,” “Blame On Me,” and “Inside Your Head,” as well as their own creative covers of “These Boots Are Made for Walking” by Nancy Sinatra and “Fever” by Peggy Lee.

In April of 2019, Giolì & Assia launched #DiesisLive, a live stream on Youtube and Facebook of their explosive live show, blending electronic music with live instrumentation and singing, in Milazzo, Sicily. Since then, the video has racked up over six million views. Always ones to outdo themselves, in May they launched the second edition of #DiesisLive on top of a live volcano in the Aeolian Islands, which quickly garnered legions of new fans and over three million views. The latest edition of #DiesisLive launched on the Isola Delle Femmine, in their hometown of Palermo, Italy.

Through their music and art, Giolì & Assia hope to raise awareness for philanthropic causes for wilderness preservation and children’s healthcare for organizations such as WWF and Unicef.