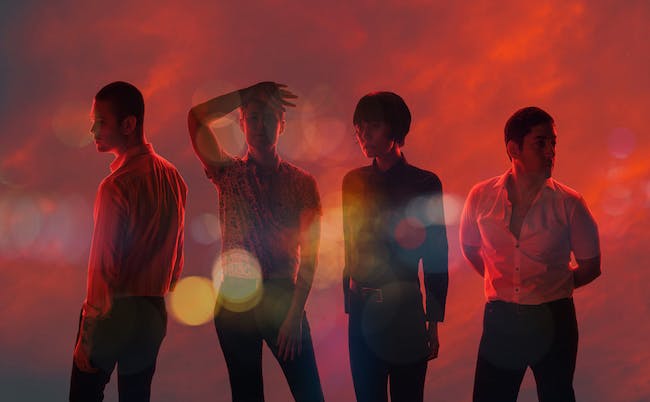 Dear Boy had an immense 2018. They were hailed as one of the best indie bands in Los Angeles by critics and music publications, sold out multiple hometown shows, embarked on a full US tour w/ Rogue Wave, while also playing dates w/ Day Wave and Sunflower Bean. They started 2019 sprinting with the release of “The Strawberry EP" via the band's own label Easy Hell and Burnside/The Orchard, out now and have been spending their summer touring with icons The Psychedelic Furs and James.

Wasting no time after the EP’s release, the band immediately dove back into the studio to record a brand new stand alone single called “Heaven Moves.” Once again produced by the band and mixed by Tony Hoffer, and the song also features some additional production from Jackson Phillips of Day Wave and Hunter Burgan.

“Heaven Moves is a song about undying love and the unique spirituality that exists within that,” says singer Ben Grey. “We had just finished writing a full length record before this song came along... It didn’t completely fit with the others, so we leaned into modernity and just decided to record and release it. I think it’s a fitting bridge between The Strawberry EP and what’s coming next from us.”

The four band members and real life friends that make up Dear Boy (vocalist Ben Grey, guitarist Austin Hayman, drummer Keith Cooper, and bassist Lucy Lawrence) have made something that is deeply personal, while celebrating their city and challenging the direction of modern guitar music… showcasing the band's ability to craft bittersweet songs pulling from late 70's / early 80's Post-Punk and early 90's Britpop, large enough for arenas, but intimate enough to be with you during your most private moments.